Since 2004, when I was first asked to offer a course in the Jackson School of International Studies at the University of Washington, I’ve never left the classroom for very long. It has remained a great pleasure to teach at this School, which has, in turn, stimulated my writing in a number of ways.

I teach both undergraduate and graduate courses, and as shown in the list below, these have included many topics, with the largest number in energy-related areas. This comes from my professional experience as a geoscientist in the energy industry, as well as later research and writing on carbon and noncarbon sources, global trends, geopolitics, and climate change. My experience has not made me a partisan for the oil industry, but neither do I view it as the Great Satan or a close relative. Energy is too important, too essential, for myths, demons, and fantasies. Though society is haunted by these, I’ve found students are more than willing to dispel them when taught the facts of energy reality—technical, economic, political, historical, and personal. 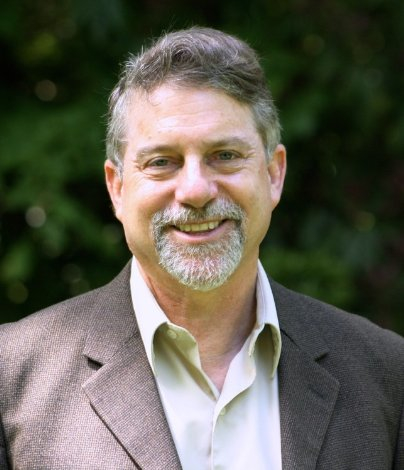 Teaching and writing are connected. Authors are teachers in absentia, after all, while teachers are mobilizers of knowledge. I am more than fortunate to be doing both. Despite the amount of work, low pay, lack of status, and frequent heartache, I greatly enjoy being in the classroom. I try to make my courses entertaining and unexpected, which requires extra work but is more than worth the trouble. I use a range of media and keep everything online, including student work. This is more efficient and also keeps me from losing anyone’s final researh paper or graduate dissertation.

What follows are descriptions to several courses that I offer most often, followed by a list of others that I’ve taught in the past decade-and-a-half. For a full list, plus other information on my background, publications, etc., please see my CV. As always, if you have questions about any of this material, please contact me.

To understand the roots of problems facing the world today, it is essential to return to the origins of the forces that have shaped it. These are not a purely academic subject. Without deeper knowledge about the historical base on which the modern world has been built, it is impossible to grasp both the great dangers that now threaten it and the capabilities it has to defeat them.

There is a longstanding debate among historians about whether the power of ideas or material events (war, technology, etc.) has been more pivotal in the modern era. This course chooses the first option for several reasons. It begins with the truth that the three most powerful men of the 20th century never lived to see it. Adam Smith, Karl Marx, and Charles Darwin were not political leaders or religious prophets, but intellectuals. Their ideas, pursued by others, proved crucial to building the global economic system, to revolutions and massive wars, and to a redefinition of life that shattered religious explanations which had stood for thousands of years.

This course will examine not only the thought of Smith, Marx and Darwin, but a range of others involved in the creation of modern democracy; liberal and conservative worldviews; the rise, fall, and reemergence of totalitarian systems; decolonization and its impacts; the role of science in modern society. The readings include both primary and secondary works, with some related to contemporary events and situations.

Intro to the Geopolitics of Energy  (Annual, undergrad or grad)

Energy use underlies every aspect of modern life. Our current global energy system, worth tens of $trillions, relies overwhelmingly on oil, gas, and coal, sources that are now widely viewed as threats to the future of humanity due to climate change and lethal air pollution. These truths ensure a great deal of complexity to the geopolitics of energy today. Conflicts over oil supply, for example, remain due to necessity of this source for global transport and every nation’s military, but are being altered by the massive rise in U.S. production on the one hand, and by the  forces arguing for decarbonization and rejection of all fossil fuels on the other. Such is but one example of the new geopolitics of energy the world now faces.

This class will introduce students to energy realities and how they are involved in political, economic, climate/environmental, and military decisions. Students will learn the basics of each major energy source, its advantages and drawbacks, its status within the new era of transition, and its role in geopolitical relations. Part of this coverage will involve the unpacking of various energy myths, from oil scarcity to the presumed dangers of nuclear power. A number of case studies will examine trends in: East Asia; Russia; Europe; Africa, and the U.S. Dimensions of conflict, cooperation, and competition will be one of our main concerns, but we will also look at different energy policies, how they comport with economic realities and also with environmental priorities, climate change above all. A chief question for the class will involve realistic scenarios for greatly reducing global carbon emissions and forging a non-carbon future.

During the past 30 years, a quiet transformation in human communication has occurred. For the first time in history, the world has a true global language—a truth with many consequences and implications not only for commerce, diplomacy, and the sharing of knowledge, but also for national identity, personal mobility, and economic opportunity. Today, as a core fact of the contemporary world, English has beome the language of the “international citizen.”

This class addresses a number of questions about this remarkable and expanding phenomenon, including: how has this single language gained such power and in what areas is this power greatest? What advantages and burdens does it bring? What are its impacts on other tongues, including the thousands of endangered, oral languages around the world? How do linguists characterize and discuss global English? And what can we learn from major lingua franca of the past, like Latin, Arabic, or Chinese?

North Korea has achieved its long-term goal of building an arsenal of nuclear weapons and possible capability to deliver these with intercontinental ballistic missiles. Whether it could attack the U.S. is not known. However, there is no doubt it could do so to Japan, South Korea, or American military bases in these nations.

Given its history of threats and violent actions, including against the U.S., South Korea, and Japan, this new status makes the DPRK a major concern in the world today. Under Kim Jong Un and his father, Kim Jong Il, North Korea has utterly defied the global non-proliferation regime, both in its nuclear and missile programs and in its illegal export of nuclear and missile technology to nations like Iran, Pakistan, and Syria.

How should the U.S. respond to this situation? It is clear at this point that Donald Trump’s attempt at personal diplomacy with Mr. Kim has been a failure. Experts believe that, while there has been a moratorium on long-range missile testing, the country has continued to generate highly enriched uranium and to separate plutonium, providing fuel for more weapons.

What approaches might the U.S. now take to persuade the Kim regime to first, cease production of nuclear weapons, and then, begin to disarm? Such are the key questions to be considered by this Task Force seminar, whose goal is to come up with realistic suggestions for U.S. policy in the face of this security threat.

Geopolitics of Energy in the 21st Century; taught annually

Readings in Energy and Climate Change 2019

Global Trends: Readings on the State of the World, 2018

Establishing the Department of Climate Change: In Defense of a Consolidated Federal Climate Effort, 2020

Energy and Climate Change: Nonpartisan Policies for the Next U.S. President, 2019

Treasures of the Caspian: Struggle for Energy East & West; Winter, 2012

The Geopolitics of Energy, Winter 2005

English as a Global Language:  Issues and Perspectives, Spring 2009

None at this time.

Energy and Health: Issues and Connections, Green Sense Radio, May 4, 2018.

Oil and Gas in the South China Sea

Shell’s Well in the Chukchi Sea

Oil and Gas in Central Asia

Book: Seeing the Light: Making the Case for Nuclear Power in the 21st Century

Book: Shape of the New

“The Geopolitics of Energy and Climate Change in the Age of Trump,” Jackson School (University of Washington) public lectures series Trump in the World, May 2020.

“Global Energy and the Role of Nuclear Power in a Non-Carbon Future,” Department of Atmospheric Sciences, Fall Colloquium, University of Washington, November 16, 2018.

“The Threat of Nuclear War, Past and Present,” Naked City Brewery, Panel Discussion, May 9, 2018.”

“The Role of Oil in Collapse of the Soviet Union,” REECAS, Annual Conference on Soviet History, University of Washington, May 12, 2018.